Luvo Manyonga: From Meth to a Medal 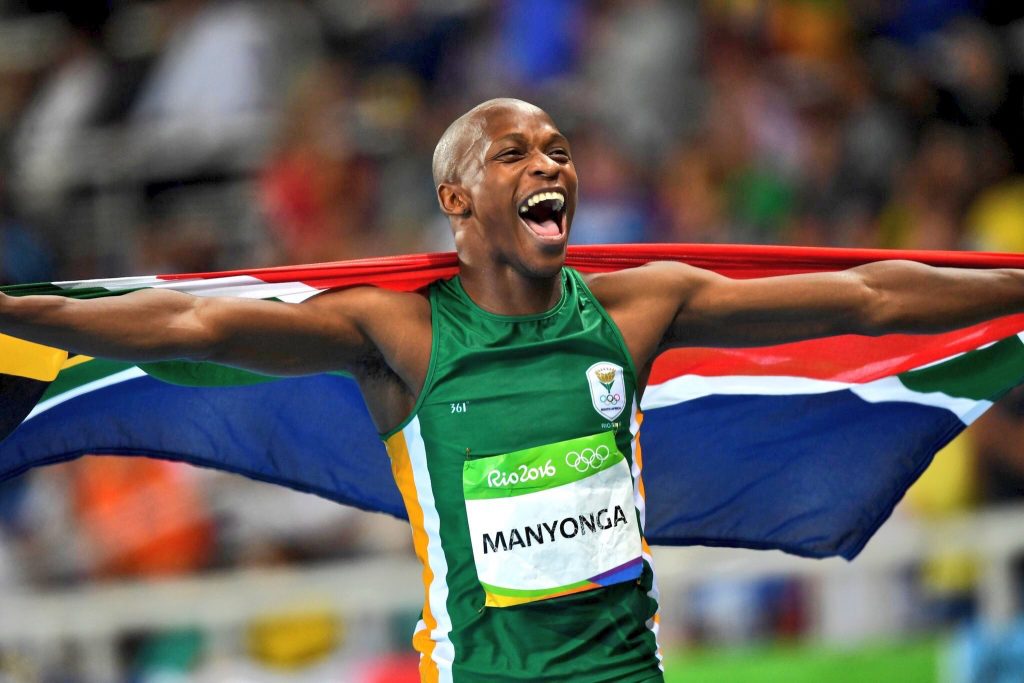 It’s 2011 in Cape Town, South Africa and 20-year-old Luvo Manyonga is practicing for the World Championship in men’s long jump. This will be Manyonga’s first time participating in the event, and he will finish fifth overall at the international competition. Two weeks later, he will take gold in the All-Africa Games. His earnings exceed 80,000 Rand, which is equal to about $6,000. He continued to participate in long jump events throughout the year, gaining popularity and acclaim.

However, having previously been extremely poor, Manyonga’s first run-in with a large amount of money nearly destroys his life after he becomes addicted to tik, the South African equivalent of crystal meth. The drug is highly addictive and can cause psychotic episodes, as well as sleeplessness, anxiety, and increased heartrate.

Tik is simply the slang term South Africans have given methamphetamine. Tik began showing up in the country around 2003 in sparse amounts. By 2008, it was the most popular drug in Cape Town. The United Nations Office on Drugs and Crime reports that in just a four year period, the amount of people using tik rose from 1% to over 50%. Not even the US has seen drug use spikes of such magnitude over such little time.

It’s 2012 in Cape Town, and Luvo Manyonga is set to compete in a national competition. The South African Institute for Drug Free Sport (SAIDS) tests athletes for performance-enhancing drugs at such events. Manyonga tests positive for tik. At the disciplinary hearing, he fully admits to having used tik, explains why he used it, and is banned from long jump events for 18 months. “I can honestly say that I hit rock bottom,” said Manyonga. He was even “stealing mobile phones just to get money to buy the drug. You lose all perception of what is right or wrong. All that matters is to get your fix.”

From the hearing: “He had used tik on several occasions, after he had observed a friend using tik to recover from a drunken spell. [Manyonga] did not want to go to his mother’s house whilst under the influence and therefore used tik to ensure he was sober. After this he became a user.” He also claims not to have used tik to enhance his performance, as SAIDS considers tik a non-specified stimulant under the World Anti-Doping Code.

Manyonga agreed to enroll in the Harmony Addictions Clinic in Cape Town.

It’s 2015 in Cape Town, and Luvo Manyonga is sober from tik, and fresh from rehabilitation. Knowing that his hometown is infested with the drug that nearly destroyed him, Manyonga packs up and moves to Pretoria, South Africa, near the High Performance Centre. He trains under strength and conditioning coach John McGrath and former Olympic swimmer Ryk Neethling. He gets his long jump back to top shape, and is chosen for the 2016 Olympics in Rio. He is rated among the top ten globally.

In 2012, Luvo Manyonga said he was “ten, maybe five percent away from death. On August 13, 2016, Luvo Manyonga participated in the Olympic long jump and achieved a distance of 8.37m, a personal best. Then, on his final jump, American Jeff Henderson achieved 8.38m, taking the gold medal. Manyonga won the silver medal.

His story of recovery is absolutely beautiful and inspiring. Although he won silver, it might as well have been gold. Surely Luvo Manyonga took the furthest leap.