Home What is Heroin Addiction?All the Effects of Heroin Abuse

All the Effects of Heroin Abuse 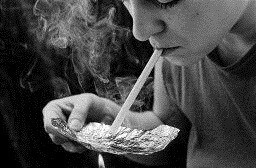 Risks Associated With Long-term Heroin Use

Regardless of the method of ingestion, the long-term effects of heroin on brain function can be catastrophic. The most notable effects are long-term changes in hormonal levels and shifts in the brain’s neuron system. These changes are not easily reversed and can cause discomfort for those trying to kick the habit. The white matter of the brain is damaged regardless of how the drug is ingested, and this damage affects decision-making, behavioral regulation and the ability to cope with stress.

Heroin quickly creates high levels of tolerance. That means the dose must be increased regularly. Heroin also causes severe physical dependence, and withdrawal symptoms occur rapidly if drug use is reduced or stopped. Within hours after the last dose, withdrawal symptoms kick in. They can include diarrhea, vomiting, repetitive movements of the legs, muscle and bone pain, restlessness, insomnia and an acute sensitivity to cold. Symptoms are most intense during the first 48 hours. In a best-case scenario, the symptoms ease off after that.

The faster heroin reaches the brain, the more intense the high and the greater the risk of developing heroin use disorder. A heroin use disorder can range from mild to severe, and the most severe form is addiction. With this chronic condition, users cannot get clean or stay clean on their own. The craving for drugs causes the user to do whatever is necessary to get heroin regardless of the consequences. Getting and using the drug consume a user’s entire life, and heroin ingestion continues even when the use of the drug causes serious and life-threatening health problems.

Subjective Effects of Heroin When Smoked, Injected, Snorted or Sniffed

Heroin converts to morphine in the brain and quickly binds to opioid receptors to produce a pleasurable sensation called a rush. The rush can be accompanied by a pleasantly warm flush, heavy extremities and a dry mouth. Depending on the dose, there may be “nodding out.” That occurs when a user vacillates between a conscious and a semi-conscious state.

Physical Effects of Heroin on the Brain

Heroin slows down breathing by impacting neurochemical activity in the brain stem. The brain stem controls automatic body functions like heart rate, blood pressure and breathing. Heroin also impacts the limbic system, which governs emotional states, sleep and pleasure. Heroin is a pain reliever, and that pain relief is delivered via the spinal cord.

Methadone is a synthetic drug used to treat those with heroin use disorder. Patients visit a clinic and are dispensed a dose of methadone powder mixed with juice that keeps withdrawal symptoms at bay for 24 hours. Methadone maintenance, as it’s called, is thought to be safer than heroin because it’s ingested orally and administered in a clinic, and it involves neither injections nor inhalation.

Researchers in a study at the University of Edinburgh published their results in the Journal of Neuropathology and Applied Neurobiology. The study examined the effects of heroin on brain function  in 34 heroin and methadone users who had died at an average age of 26 years. Their brains were compared to the brains of 16 young adults who were not drug users but who had died young.

The researchers found that opioid users’ brains were up to three times more likely to have sustained brain damage when compared to the brains of those who did not use drugs. The drug users’ brains were similar to the brains of older people, and they had brain damage similar to that found in patients with Alzheimer’s disease. The researchers called this effect the premature aging of the brain.

The brains of deceased heroin and methadone users had damaged nerve cells in brain areas associated with memory, learning and emotional well-being compared to the brains of those who did not use heroin or methadone.

The researchers found that a key brain protein called Tau, which facilitates communication between brain cells, had become insoluble in certain cells. That, in turn, caused nerve cell damage and even cellular death in certain areas of the brain.

There was also an accumulated level of amyloid precursor protein. This suggested that there had been a disruption of protein transport in the brain at a cellular level. Protein buildup can cause serious nerve cell damage and death in key parts of the brain that are essential for healthy functioning.

Other Effects of Heroin on the Brain

Neurotransmitters in the brain that regulate pain, pleasurable feelings and hormonal release are all affected by heroin, methadone and morphine. Opioid drugs increase pleasure and reduce pain. These drugs stimulate the brain’s reward centers, which, in turn, creates a craving for more drugs. In healthy brains, these centers are stimulated by naturally occurring neurotransmitters. With drugs, the presence of these naturally occurring neurotransmitters is reduced or limited. That creates a dependence on drugs to provide normal levels of stimulation.

There’s a new and disturbing trend among heroin users that involves inhaling heroin instead of injecting, sniffing or snorting it. “Chasing the dragon” is what this method of heroin ingestion is called. It involves heating heroin in a pipe and inhaling the fumes.

Chasing the dragon has become a popular way to use heroin because it protects users from the hazards of injection. For example, shooting up, which is another name for injecting, can cause skin abscesses. Sharing needles with other users can facilitate the spread of infectious diseases like AIDS and hepatitis.

Hazards of Chasing the Dragon

Chasing the dragon has been identified as a new threat to health according to a recent study about the effects of heroin on brain function published in JAMA Neurology. According to researchers, inhalation does offer protection against the hazards of shooting up. However, it can also cause dementia, coma, irreversible brain damage and death.

One of the lead researchers, neurologist Ciro Ramos-Estebanez of the University Hospitals Cleveland Medical Center in Ohio, learned in 2015 of an unusual side effect in a woman who had been inhaling heroin.

The woman had fallen into a coma caused by hydrocephalus. That’s an excessive buildup of spinal fluid in the brain. The hydrocephalus was caused by chronic inflammation of the brain, and the inflammation was caused by regular heroin inhalation. Although the woman recovered from her coma following emergency surgery to remove the trapped spinal fluid, she suffered from side effects of heroin on brain function. Her symptoms included permanent cognitive impairment.

Hydrocephalus Connected to Heroin Use: A New Phenomenon?

This was the first case of hydrocephalus that had ever been reported in connection with heroin inhalation. Because hydrocephalus is not recognized by health professionals as a side effect of heroin, Dr. Ramos-Estebanez decided to explore the issue further and to identify the reasons behind it.

Dr. Ramos-Estebanez and his team examined over 30 case studies. The reports included two incidents that had involved patients at their own hospital. Based on this study, the team came to some interesting conclusions regarding the inhalation of heroin.

Although there’s little official information about the frequency of heroin inhalation, the information available indicates that inhalation is more common than most health professionals realize. This method of ingestion is currently on the rise, and it’s quickly becoming the most popular way to use.

More than two-thirds of heroin users in India and Norway admit that they regularly inhale heroin. Available information also suggests that inhalation is becoming popular among teenagers in large urban areas east of the Mississippi. In 2014, 21 percent of all heroin-related inpatient hospital visits by teenagers between 12 and 19 years old were due to heroin inhalation. This method of drug ingestion appears to have become a global phenomenon, and it’s currently reaching epidemic proportions in the eastern United States.

Side Effects of Heroin Inhalation

The side effects of heroin inhalation range from mild to severe. There can be mild memory loss and long-term cognitive impairment at one end of the continuum. The worst-case scenario at the other end can involve killing off cells and creating spongy holes in the brain’s white matter. White matter consists of connective tissue through which brain cells communicate. Damaged white matter is associated with seizures, progressive dementia, trouble speaking, coma and death.

A Potent and Toxic High

There is growing concern that chasing the dragon will make heroin more accessible because needles and other drug paraphernalia are no longer a part of getting high; all users need is a pipe. Users also report that the intensity of the high from inhaling is much greater than with snorting or sniffing. That could account for greater interest in heroin by those who previously did not use it and increased consumption of heroin by those who do use it.

The JAMA researchers hypothesized that heating heroin to the high temperature required for inhalation changes it into a chemical that easily crosses the blood-brain barrier and reaches the brain immediately. This barrier normally screens out harmful substances. However, vaporized heroin crosses the blood-brain barrier so quickly that there’s no chance for it to be metabolized by the body into a less harmful substance before it enters the brain. The faster heroin enters the brain, the greater the high and the more addictive the drug becomes. The result is a seductively potent high that’s directly harmful to the brain.

Based on the results of the study, Ramos-Estebanez said that medical professionals who treat heroin users should be aware of the practice of heroin inhalation and of the risks involved. Ramos-Estebanez calls heroin inhalation “an emerging public health problem.” However, he believes that lives can be saved if the symptoms are recognized early. In fact, researchers have already identified drugs that could prevent catastrophic brain damage if they are administered early on.

Half of all U.S. heroin users live in New York, New Jersey and Connecticut. Up to 80 percent of users in clinics report that they no longer inject heroin. One-third of those who enter drug rehabilitation for heroin use disorder say they’re snorting, sniffing and inhaling heroin to guard against infectious diseases like AIDS.

Treatment for Heroin Use

Treatment for heroin use disorder generally involves an inpatient stay in a medical detox facility during which users are gradually weaned from the drug. After the patient is stabilized, he or she may participate in treatment modalities like education, individual and group counseling and medication.

Most recovering heroin users are encouraged to attend support group meetings like Narcotics Anonymous. Recovery also involves developing the ability to deal with the urge to use and learning techniques to reduce the effects of triggers that could lead to a relapse.

Some treatment programs even use devices to help curb withdrawal symptoms. In 2017, the FDA approved the use of an electronic stimulation device. Known as the NSS-2 Bridge, the device is placed behind the ear and helps to reduce withdrawal symptoms by sending electrical pulses to stimulate certain key nerves in the brain.

It’s entirely possible to recover from a heroin use disorder, but it’s best not to do it by yourself. There is plenty of help available that can take you from a medically supervised detox to residency in a sober house. Treatment options include both inpatient and outpatient programs that can be long- or short-term depending on your needs.