So, how does Vivitrol work? 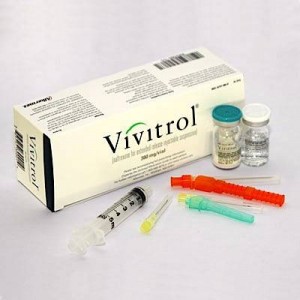 Opioids such as methadone produce a limited buzz to control cravings. Anyone who is trying to get clean knows that a ‘buzz’ will often lead an addict to seek a better buzz. Vivitrol dulls the brain’s receptors so users don’t feel cravings and won’t get a high even if they take opioids. Also, unlike methadone, Vivitrol is not a controlled substance; it cannot be abused and there is no illegal market for it. One of the best thing about Vivitrol surrounds how it’s administered: as a monthly shot. Vivitrol is a new form of an old drug — naltrexone — that was developed in daily pill form in the 1970s and never caught on. It wasn’t until researchers created an injectable, long-acting version that clinical studies showed the drug’s promise.

It was just like: Wow, this medication is a magic bullet for treating opiate dependents. Taking a monthly shot can be a godsend for addicts who find it difficult to wrestle daily with the decision to swallow a pill to stay clean. When the Washington County MD Detention Center began a test pilot of Vivitrol for opioid dependence in late 2011 they worked in conjunction with The Washington County Health Department. A total of 246 shots to 83 people was documented in the program’s 3 1 / 2 years. The results were gratifying: Only two patients used illegal drugs or alcohol while receiving the medication. To the best of the department’s knowledge, the 81 others have remained clean.

So it works, but is it safe?

In the early stages, jails and institutions proved to be excellent testing grounds for the new injectable drug. They house a high number of drug offenders, provide a place for addicts to detox before receiving Vivitrol and are populated with people who are likely to have Medicaid or Medicare to help pay the costs. At up to $1,000 per shot, Vivitrol is the most expensive option for treating opioid dependence. It is highly recommended to be clean from all opioids before receiving the first Vivitrol injection. If not, the shot will send the addict into severe and immediate withdrawl.

Reviews on Vivitrol for Opioid Dependence

Addicts have given, overall, very good reviews on Vivitrol. Some have said:

“I am a 28 y/o male, I used all drugs from about 12 but opiates and then IV heroin for about 10 years straight. I went through at least 7-8 rehabs and detoxes and endless county jails. In all those years I never had been able to stay clean more than a month on purpose. I’ve been clean now 1 year 8 months and a day. Vivitrol saved my life w ithout a doubt. I was on it for 13 months w ith intensive out patient treatment and as many NA meeting as I could get to in a week. “

“I have been a heavy opiate user for 15 years. I did have years staying “clean” using soboxone but once I got divorced I became depressed and relapsed. My addiction took off and I ended up using IV heroin and at that point trying to go back and use soboxone to stay clean was impossible. It took a overdose and 30 day treatment to make the decision to get the injection and it saved my life, best drug in the world .”

People do recover from opioid dependencies, but often to do so they also need to deal with other issues in their lives. If you stop taking Vivitrol and you haven’t developed coping strategies you may relapse. A reputable detox, a 30 day rehab at an accreditated facility and treatment planning that includes a monthly Vivitrol injection is akin to starting a long road trip with a map and a full tank of gas.