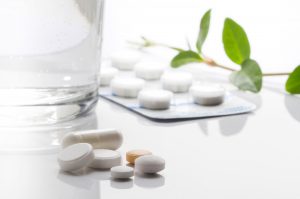 Heroin is a highly addictive illegal opioid derived from morphine. Used to produce feelings of euphoria, the drug takes a toll on individuals, their families, and society. It contributes to crime and violence, and it creates problems in work and educational settings. One study estimates that heroin use costs at least $51,000 for each user annually, which equates to $51 billion for the entire United States.

The Centers for Disease Control and Prevention says almost 500,000 people in the U.S. reported using heroin in 2017. That same year, 15,000 people died from drug overdoses involving heroin, a death rate that was five times higher in 2017 than in 2010. The states with the highest percentages of heroin deaths were California, Illinois, and Virginia.

There are medications that can help those struggling with both heroin use and overdose.

How Is a Heroin Overdose Treated?

Heroin can be deadly. A large dosage depresses breathing and heart rate so much that a person cannot survive without medical intervention. When help arrives in time, there are medical treatments that can reverse or stop an overdose. They include:

Polyethylene glycol can sometimes be used to flush an overdose of heroin from the body. Although it is usually prescribed as a laxative for severe constipation, it can also flush opioids that have not been metabolized from the system. It may not work in large doses, however.

Naloxone is an old medication that has become more popular in recent years because of the opioid and heroin addiction crisis. It is a mainstay in emergency rooms where it is used to stop a heroin overdose. It is also given to first responders and police officers to give to people who have taken too much heroin. Individuals and families are also trained to administer the medication if a loved one takes an overdose.

Naloxone works by binding to the same receptors in the brain as opioids. Because it binds more quickly than heroin, it stops the body from reacting to the heroin, ending the deadly effects of the overdose. It may not work when an individual has taken a massive amount of heroin.

It also leaves the body faster than heroin, meaning the heroin can stay in the system after the naloxone is metabolized. If this happens, the overdose may return. That is why it is important to call for emergency medical help after administering the naloxone.

Studies are being done to see if naloxone can also be used to treat heroin abuse and addiction. Although more research is needed, it may be helpful as a therapy for tapering people off an opioid addiction. Its ability to stop heroin’s effects in the brain could potentially help with withdrawal symptoms and cravings.

Nalmefene is routinely used to stop or reverse the effects of alcohol poisoning. Because it binds to the same receptors in the brain that heroin does, it can treat heroin overdoses. Studies suggest that it can also quickly reverse the effects of heroin overdose. It may, in fact, be more effective for treating overdoses than naloxone, but it has only been approved for use in hospitals. It does not work for symptoms of cocaine withdrawal.

Buprenorphine, known by its brand name as Suboxone, is prescribed to help with withdrawal symptoms and cravings. Patients can take the drug at home to decrease the risk of a heroin overdose.

Are There Safe Natural Alternatives?

A controversial alternative called kratom is an herbal supplement derived from the same botanical family as coffee and gardenia. It comes from tropical evergreen trees in Southeast Asia. Its leaves can be smoked, chewed, as well as made into a tea, extract, or capsule. Its effects can be felt at low doses, and euphoria occurs at higher doses. Kratom has been used for hundreds of years but has been made illegal in some Asian countries. It is also illegal in some states in the U.S.

In the past, kratom has been used in the U.S. to relieve pain and reduce opiate withdrawal, but its effectiveness and safety have been questioned. In 2018, the FDA said that it has no scientific evidence of its use for medical reasons. The FDA also says that kratom should not be used as an alternative treatment for opioid addiction.

In 2018, the U.S. Centers for Disease Control and Prevention (CDC) reported an outbreak of kratom-linked salmonella infections in 20 states. No deaths were reported, but 11 people were hospitalized. The supplement had been consumed in teas, pills, and powder. Officials were not able to find the source of the tainted kratom. The supplement may also have dangerous pesticide residue and unsafe additives.

How Is Heroin Addiction Treated?

Substance use disorder is a chronic condition, but medications can be prescribed to reduce cravings and withdrawal symptoms, making it easier for users to stay sober. Each person’s treatment is tailored to individual needs and takes into consideration other illnesses and health issues that occur at the same time as the addiction. Treatments for heroin use disorder may include medications, behavioral therapy, or a combination of the two.

Studies show that treating heroin use disorder with medication helps to keep people in a treatment program. It also helps to decrease drug use, reduce criminal activity, and lessen the risk of transmitting infectious diseases like hepatitis and HIV.

People who give up heroin often have severe withdrawal symptoms that include nausea, diarrhea, and vomiting. Medications can ease the detox process and make relapse less likely.

Behavioral therapy may take place in outpatient or residential environments. To reinforce and encourage sobriety, treatments may rely on reward systems or cognitive-behavioral therapy, which teaches ways of coping with stress and dealing with relapse.

Some programs also use the 12-step system or other kinds of support groups to encourage patients and give them an opportunity to share their feelings. Every treatment should be tailored to fit the specific needs of an individual patient.

What Drugs Are Used to Treat Heroin Addiction?

Medications used to treat heroin and other opioid use disorders use the same opioid receptors as the drug that causes the addiction, but they are safer and less likely to lead to behavioral problems than the opioid. Three kinds of medications are used to treat addictions. They include:

Antagonists block the opioid receptors, but they also change the reward effects of the addictive drug.

The type of medication used to treat a specific patient depends on their individual needs. Treatment centers use three types of drugs:

Methadone is sold under the brand names Dolophine or Methadose. It is an opioid agonist that is taken by mouth so that it reaches the brain slowly to lower the risk of a high. It has been used since the 1960s to treat heroin addicts, and it can be effective for individuals not helped by other medications. Methadone must be administered through an approved daily treatment plan.

Methadone also has the following benefits:

The Alcohol and Drug Abuse Foundation says that methadone treatment is more effective if it is part of a comprehensive program. These types of programs combine methadone maintenance with counseling, support groups, and alternative therapies.

Buprenorphine is sold under the brand name Subutex. Buprenorphine helps to relieve heroin cravings but does not produce the highs or side effects of other opioids. It is taken sublingually, or orally, and contains an antagonist called naloxone that keeps an addict from getting high if they inject the buprenorphine. If a heroin user injects Subutex, the naloxone causes withdrawal symptoms not caused when the drug is taken by mouth.

Buprenorphine has the following benefits:

Buprenorphine, approved by the FDA in 2002, was the first drug that could be prescribed by certified doctors through the Drug Addiction Treatment Act. This made it possible for patients to take medication without visiting a treatment center. Buprenorphine availability has given many people the opportunity to get the treatment they need.

In 2016, the law was expanded with the Comprehensive Addiction and Recovery Act, or CARA, to include eligible physician assistants and nurse practitioners. There are two FDA-approved generic forms of the drug, making it more affordable and more widely available for the people who need it. In 2016, the FDA approved a buprenorphine implant that lasts six months and an injection that is taken once a month.

Naltrexone is an opioid antagonist licensed under the brand name Vivitrol. It prevents the effects of heroin, does not sedate, is not addictive, and does not cause physical dependence. However, it is sometimes not effective because patients have trouble following the treatment. An injectable long-acting version of the medication came out in 2010, allowing patients to be treated monthly rather than through daily doses.

Naltrexone has the following benefits:

What Happens After Treatment for Addiction or Overdose?

Individuals who have a long-term problem with heroin, or those who overdose on the drug, recover more quickly and experience fewer relapses when they undergo treatment in a residential facility. Trained caregivers and medical professionals can monitor the use of prescribed medications and daily activities, but the stay also gives people a chance to take a break from the stress and temptations they face in their daily lives. Therapy usually includes medication, counseling, and information that offer support, encouragement, and skills for avoiding relapse and returning to a normal lifestyle.

If you or someone you love has a problem with heroin, there is help available. Heroin addiction is a chronic condition that requires lifetime maintenance, but the rate of relapse is similar to that of medical conditions like type 2 diabetes. Recovery requires commitment and lifestyle changes, but it is worth the effort.