Homelessness is an epidemic on its own. On any given night, over 630,000 people in the US are homeless. For obvious reasons, the homeless suffer from a multitude of issues, including hunger, sleeplessness, harassment, and hypothermia in seasonal areas. Sadly, one quarter of all homeless people are children. Over 55,000 are veterans. An astonishing ninety percent of homeless women “are victims of severe physical or sexual abuse, and escaping that abuse is a leading cause of their homelessness.” Other reasons for becoming homeless include mental illness, depression, and job loss. (One in five homeless people exhibit symptoms of mental illness). 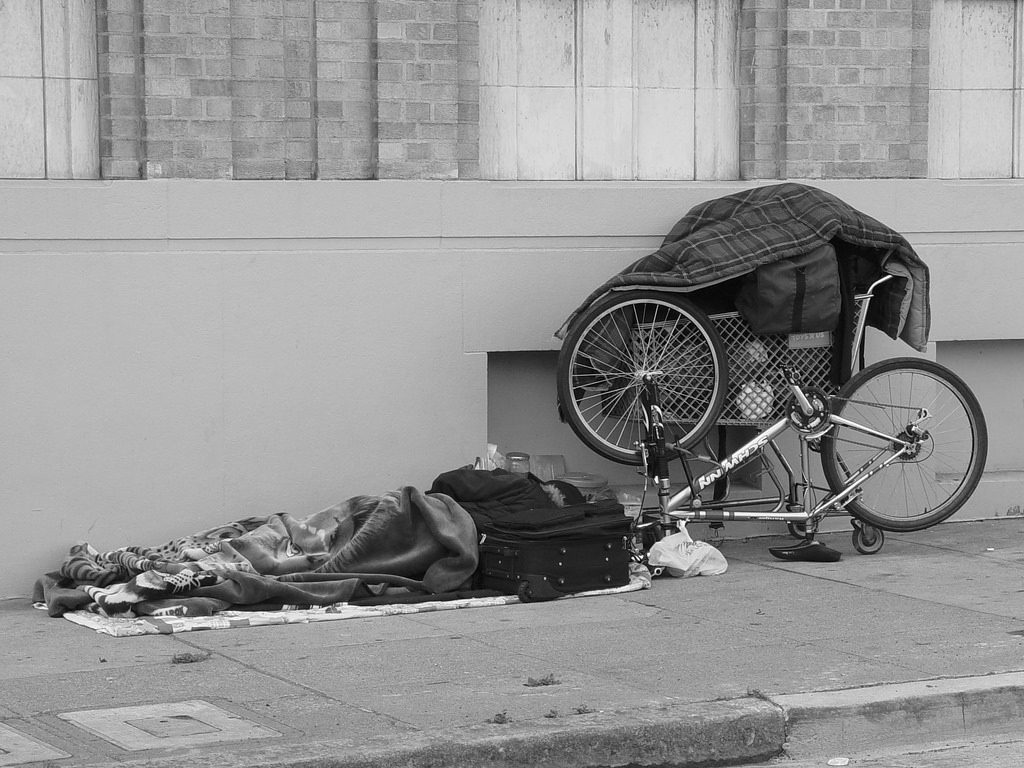 Many of our nation’s homeless people start out leading a normal American life. In fact, the vast majority of the homeless have recently held jobs. A study was conducted in New York City at the Franklin Avenue shelter that showed only one percent of homeless people report having never held a job. However, up to 75% of homeless people were shown to have a drug and/or alcohol addiction. Oftentimes drug abuse is the reason for the downfall.

Even beyond the use of illicit drugs, a reported 73% of the homeless are addicted to nicotine, which is over three times higher than the rate for non-homeless people. Also, because of the large amount of health problems the homeless face, along with the fact that healthcare is not readily available, many turn to illicit drugs as a method of self-medication.

According to the US Department of Justice, “a significant proportion” of the 600,000+ people who are released from incarceration “were homeless when they were incarcerated.” Up to half of the homeless on the streets were previously incarcerated, and let’s not even discuss recidivism rates. (Over three-quarters of people arrested and released get arrested within five years).

It’s not a secret that homelessness and incarceration have a relationship. Studies show incarceration to be 4-6 times more likely for the homeless population.

The Cycle, and Breaking it

Among many programs implemented to combat the cycle of homelessness, addiction, and incarceration, one in Sacramento, CA named the Clean & Sober Program serves as a great example of the effect such programs can have. The initiatives of the Clean & Sober Program are to assist those homeless people “who want to further their education or strengthen their family relationships,” and to provide resident housing from $0 to $275, dependent on the situation. Traditional 12-step recovery programs are also offered.

The cycle is no secret to the white house either. Last year, President Obama took action to assist the incarcerated with rehabilitation and reintegration into society. Among the steps taken were allocating $8.7 million to rehabilitation programs designed to reduce recidivism, allocating up to $8 million in grants for education for the incarcerated, and working to remove the question of past incarceration on job applications.

Steps are indeed being taken in the right direction, but until we either end homelessness or drug addiction, we will likely have both.