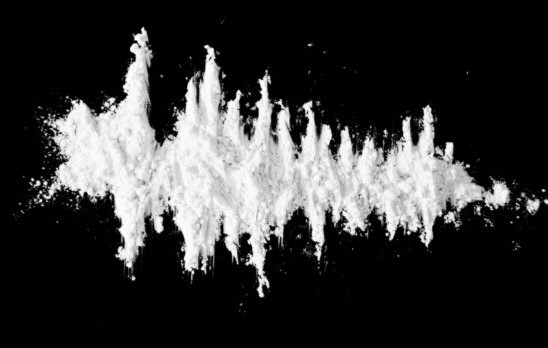 How Heroin Kills You 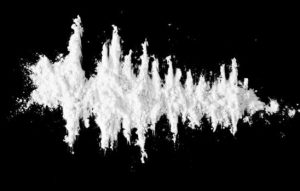 The U.S. is facing a dangerous health crisis. Rates of heroin use and overdoses haven’t been so high since the 1970s. In 2017, more than 70,000 Americans died as a result of a drug overdose. Approximately 47,600 of those deaths were opioid-related fatalities, and 15,482 were heroin overdoses. Even these high statistics may not tell the whole story because they don’t count the deaths of people in states who don’t specify the drug on the death certificate after an overdose. Nor do the statistics take into account the drug users who died from exposure to the cold because they were too high to go indoors in below-zero temperatures or the individuals who committed suicide while they were on drugs.

It’s easy to think of heroin and other drugs as only affecting marginalized populations in poor neighborhoods with gangs and drug dealers. In reality, heroin use and overdoses affect all strata of American society from blue-collar employees to wealthiest celebrities. Even if you don’t believe that heroin overdoses directly impact your life, you’re at an increased likelihood of being indirectly affected by the heroin epidemic going on in the country. Communities with high levels of drug addiction tend to have the less educational achievement and more crime. Long-term heroin users at risk of an overdose not only do harm to themselves but to their friends and family as well.

How People Get Hooked on Heroin

Heroin is an opioid derived from morphine. The populations most susceptible to death from a heroin overdose are long-term users who suffer from a heroin addiction.

The initial decision to use heroin may not be a behavioral flaw. Heroin addiction is a sickness in which the brain becomes dependent on increasing levels of the drug to function even as it causes neurological breakdown and other physical symptoms. Sometimes, heroin addiction can spring from the overzealous prescription of painkillers. Heroin bought off the street is much cheaper than prescription drugs, so prescription pill addicts may turn to heroin to continue to get the high they felt before. Another reason for continued heroin use is to stave off the physically devastating side effects of withdrawal from the drug.

People addicted to heroin may have difficulty stopping their drug use and relapse often because heroin affects the dopamine receptors in the brain. Dopamine is a special chemical that makes pleasurable feelings radiate through the body. In short, heroin makes the user feel good. However, continued heroin use dulls the ability of the dopamine receptors to experience the same amount of pleasure from the drug. Over time, the user requires more and more heroin to get the same high. Eventually, the addicted individual consumes more heroin than their body can handle, oftentimes resulting in death. Many factors affect heroin addiction such as the individual’s environment, genetic makeup and whether they started drug use at an early age.

Heroin overdoses indirectly affect other individuals, especially children, and teenagers. Children who grow up observing heroin addiction and who have relatives who have overdosed on heroin are more likely to use the drug themselves. Starting any kind of drug use at an early age affects critical decision-making skills, learning, and judgment. Younger drug users are less likely to decline heroin when it’s offered and more likely to move on to heroin from a gateway drug like marijuana.

Indicators of a Heroin Addiction

As the common prerequisite for heroin overdose is an addiction to the drug, it’s beneficial to know the signs and symptoms of a heroin addict. Some symptoms are common among addicts, such as manipulation, lying, stealing, avoidance of family and friends and unexplained disappearances. Other symptoms include long sleeves to hide track marks from repeated injections, missing belts or shoelaces, trails of white powder, burnt spoons and missing prescription medications. If you notice valuable items in your house going missing at the same time, your loved one might be selling them for heroin. Belts and shoelaces go missing because the addict uses them to tie their arm and prep a vein for injection. Spoons get burnt when an addict puts the heroin in the spoon and slowly burns it with a flame to ready the substance for intravenous ingestion. If you see any of these signs, do your best to obtain and carry naloxone with you so that you can save your loved one from overdosing should that occur.

Signs of a Heroin Overdose

It’s important to know the signs of an overdose so that you can help the affected person. The U.S. Surgeon General has recommended that relatives of known heroin addicts carry naloxone, an anti-overdose drug that can save lives.

Heroin can be ingested in multiple ways. It can be taken orally or injected under the skin or into muscles. Smoking and injecting heroin are the most dangerous methods because the drug enters the bloodstream more quickly and the effect is felt almost immediately. Sometimes, it may be difficult to know the root cause of a heroin addict’s death. Repeated injections can lead to deadly communicable diseases like HIV and hepatitis. Advanced cardiovascular disease can result in pulmonary embolisms and instant death.

It’s very important not to confuse signs of an overdose with signs of heroin withdrawal. Administering naloxone during heroin withdrawal can be deadly. Signs of withdrawal include agitation, insomnia, sweating, muscle pain and a craving for the drugs. This means that a friend or relative in withdrawal will be complaining of pain, awake for hours and hours on end, and exerting his or her best efforts to find more heroin to use.

In contrast, signs of overdosing are drastically different. Someone about to die from too much heroin intake will have difficulty breathing and take shallow breaths. This means that brain stem function is decreasing. The pupils will become very small, a condition is known as pinpoint pupils. The mouth becomes so dry that the tongue becomes discolored. The pulse becomes weaker and weaker, and as the body is deprived of oxygen, the skin and lips begin to turn blue. In some cases, the individual could enter a comatose state before death. If you see an individual exhibiting these symptoms such as gasping for air with a discolored tongue, bluish lips and pinpoint pupils, you should administer naloxone. It could save their life.

What Happens to the Body During a Heroin Overdose?

Heroin’s route upon its entrance into the body’s bloodstream takes it right to the individual’s brain. In the brain, it is converted into morphine and binds to the brain’s mu-opioid receptors. Mu-opioid receptors are located in the cerebrum, cerebellum and brain stem. The binding of morphine to the cerebral and cerebellar receptors is what causes slurred speech, slowed movement, delayed reactions and outbursts of uncontrolled violence from poor impulse control. However, when there is too much heroin, the converted morphine binds to the receptors in the brain stem. The brain stem is responsible for automatic breathing. When the brain stem is compromised, the individual enters into a state of severe respiratory depression and ceases to breathe. Respiratory arrest can lead to cardiac arrest. That’s how heroin kills you.

Intervening Factors in Deaths From a Heroin Overdose

Knowing how heroin kills you may help save you or someone else from an overdose. Unfortunately, naloxone may not always work. Sometimes, heroin overdose is the secondary cause of death, not the primary one. Many heroin users are abusing other drugs such as cocaine, methamphetamine or prescription drugs.

Another intervening factor is a reluctance to seek medical help and attention. Even if you were doing drugs or committing illegal activity while your friend or relative was overdosing, don’t use that as an excuse to avoid calling the authorities. Many states now have Good Samaritan fatal overdose protection laws. These laws are a special form of legislation that allows individuals to call police and ambulance services without being subject to arrest or imprisonment. Statistics show that one of the most common reasons for failing to call 911 is fear of arrest by the police.

How You Can Help Prevent Heroin Overdose-Related Fatalities

Carrying naloxone and learning how to inject it is the quickest and surest way to help someone suffering from a heroin overdose. If you don’t have naloxone and you believe that someone is overdosing or entering respiratory distress, call 911 immediately. Explain the symptoms to the 911 operator in detail. Be sure to tell the 911 operator the victim’s weight, age, the amount of heroin they took if you can, and when they took it. An ambulance will come and take the affected person to the emergency room.

People who don’t regularly use drugs might not know what heroin actually looks like. Drug addicts can be manipulative and try to convince their loved ones that they’re not actually doing heroin. One of the ways that heroin kills you and the people close to you is through ignorance. Heroin is a white, brown or cream-colored powder that is cut with sugar or powdered milk to make it more palatable than its purer form, which is quite bitter. As powdered heroin looks very similar to powdered sugar or crushed candy, it’s important to keep very small children away from the presence of heroin users and out of users’ homes. For children, the oral ingestion of heroin, even in small quantities, can lead to a fatal overdose. The darker form of heroin, known as “black tar,” is the type of heroin that’s injected.

At the emergency room, try to be a supportive presence. Overdosing can be a scary experience, not just for the person witnessing but for the person going through it as well. Emergency room doctors will probably run diagnostic tests like CAT scans, blood tests, and ECGs. Treatment options include intravenous fluids, naloxone and breathing support with oxygen therapy. Feel free to ask the doctors and nurses questions about follow-up care and treatment at home. If treated quickly, patients can be discharged after 24 to 48 hours in the hospital. Longer hospital stays occur when the heroin has caused significant organ damage. Some hospitals have programs in which the drug user can go from the hospital directly to a private rehab facility if they have health insurance. While overdosing can be scary, it just might be the “rock bottom” situation that an addict needs to push them into getting help for good.

Another way you can help is by getting educated. Familiarize yourself with the symptoms of heroin use, withdrawal from the drug and overdosing. Support your loved ones in their fight against addiction. You can’t fight their battles for them, but you can encourage them to go to inpatient or outpatient rehab and get clean. Let them know that they’re not alone in their fight and that getting clean is possible. Through proper care in the right treatment center, your loved one can kick their heroin habit and become sober. 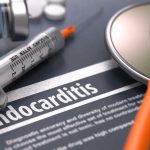 Next:
Endocarditis & Drug Use