The Dangers of Drugged Driving 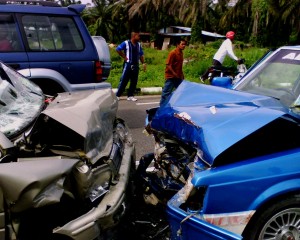 The following is written with the assistance of the Florida Department of Transportation, and the National Highway Traffic Safety Administration.

Over the past few decades, politicians, corporations, and community leaders have focused much attention and effort in an attempt to curb drunk driving. Much of this social movement can be traced back 35 years, to the establishment of Mothers Against Drunk Driving (MADD). Since 1980, MADD has become one of the most widely supported and respected non-profit organizations in the U.S.

To understand the impact MADD has had on American society, some milestones are worth considering:

The changes MADD has spearheaded rival those of any other social movement in American history. In the U.S., because of MADD, since it was founded in 1980, the number of drunk driving deaths has been cut in half (National Highway Traffic Safety Administration). Perhaps now it is time begin efforts at targeting and isolating the dangers of driving while high—that is, the dangers of driving under the influence of prescription pills, heroin and other illicit drugs.

Studies have shown that, much the same as alcohol, heroin, prescription opiates, and the class of sedatives known as benzodiazepines slow reaction time, decrease motor coordination, and cause dizziness and drowsiness—each of these factors alone increase the likelihood of accidents. At present, no measure of drug impairment (like BAC in drunk driving) has been determined to reflect exactly how much of a drug effects ones driving ability. But, because even small amounts of certain drugs can have a measurable effect, some states have zero tolerance laws for drugged driving: if there is any amount of drug in the blood or urine of a driver in these states, the driver can face charges for driving under the influence (DUI). Some drugged driving detection techniques used by law enforcement include testing drivers identified as impaired who do not have a BAC exceeding the legal limit and employing Drug Recognition Experts (DREs) at roadside checkpoints (Stop Drugged Driving). While the prevalence rates of drugged driving are difficult to determine because of this lack of specific legal limit for BAC, the following data clearly illustrates a need for further, and prompt, research and action:

Just as it is difficult to accurately determine the prevalence of drugged driving, determining the number of accidents caused by drugged driving offers a similar challenge. A few reasons for this challenge include: a) a good roadside test (like the breathalyzer test for alcohol) for drug levels in the body does not yet exist. b) people are not usually tested for drugs if they are above the legal limit for alcohol because there is already enough evidence for a DUI charge. c) many drivers who cause accidents are found to have both drugs and alcohol or more than one drug in their system, making it hard to know what substance had the greater effect (NIH, 2015).

The problem, and dangers, of drugged driving are most apparent within the teen/young adult portion of the population. According to data presented by Teen Driver Source (2015), putting aside the dangers of driving under the influence of drugs, motor vehicle crashes are the number one cause of death among adolescents and the greatest lifetime chance of crashing occurs during the first six months after obtaining a driver’s license. While distractions, following too closely, and an overall underestimation of the dangerousness of a situation are commonly cited factors in teen crashes, add drugs to the equation and it’s a recipe for disaster. For example:

A study of college students with access to a car found that 1 in 6 (about 17 percent) had driven under the influence of a drug other than alcohol at least once in the past year. Of those students, 57 to 67 percent did so at least three times and 27 to 37 percent at least 10 times. Marijuana was the most common drug used, followed by cocaine and prescription opioids (Arria, 2011).

This data is persuasive evidence that the time has come to consider drugged driving a danger worthy of further research and greater societal concern, just as MADD thought it time for action 35 years ago. By developing a “field drug test” for suspected drivers and establishing an accurate blood level content measure to determine impairment, dangerous drivers can be removed from the road and directed to treatment for drug abuse/addiction—a win-win for both society and the offender.

SAMHSA (2014). Results from the 2013 National Survey on Drug Use and Health: Summary of National Findings. http://www.samhsa.gov/data/sites/default/files/NSDUHresultsPDFWHTML2013/Web/N SDUHresults2013.pdf

Previous:
The Heroin Epidemic is Real
Next:
The opioid use and heroin addiction epidemic