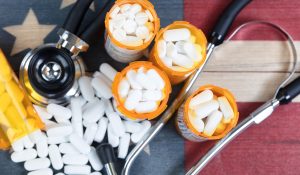 How does taking opioids make someone feel? We usually avoid asking this question when discussing recreational drug use because nobody wants to encourage drug experimentation, let alone drug addiction. When the topic is addressed, it’s easy for people to assume that only weak-minded, reckless people turn to drugs.

Sadly, not many people are prepared to understand that drug addiction, particularly heroin and opioid addiction, has risen to epidemic proportions. America’s heroin epidemic affects all of us. It could be your significant other, your neighbor or even your child. No one ever thinks that it can happen to them or someone they love. However, heroin addiction doesn’t discriminate.

Dating back to the 1990s, pharmaceutical companies claimed that patients taking certain opioid medications would not become addicted. As such, health care providers began prescribing opioids for everything from sprained ankles to post-partum pain control. With this increased rate of opioid prescriptions, it slowly became clear that these types of medications were highly addictive and often led to substance abuse issues. As addiction levels rise, so does the need to understand that opioids, legally or illegally, led the U.S. to its current heroin epidemic.

The U.S. Centers for Disease Control and Prevention, or CDC, estimates that the economic burden brought about by prescription opioid and heroin use comes in at $78.5 billion. This figure includes addiction treatment, the cost of health care, legal expenses and lost productivity.

The opioid epidemic has been described as the deadliest drug crisis in American history. According to the CDC, more than 115 people die from opioid overdoses every day.

People used to think that only unemployed people from broken homes turned to heroin to escape reality. No longer is opioid use limited to low-income areas; it has transcended into all geographic areas, affecting people of all ages and ethnicities. Now, the faces of heroin addiction include veterans who cannot find work after leaving the military, moms who needed pain relief after giving birth and even people who had oral surgery.

Many people who become addicted to heroin do not have a prior history of substance misuse. Substance use disorder is not linear or predictable. Some people who were introduced to drugs through prescription pain relievers end up on heroin. Health care officials say that the ever-increasing abuse of prescribed painkillers leads users to the street when they no longer can obtain the drug legally. Unfortunately, because heroin is so addictive, it leads to increased drug-seeking behavior.

Those who misuse the drug and become addicted look for a stronger and possibly cheaper high. Heroin is both, but it is also deadly. It can be laced with other drugs that cause death. Deaths from heroin overdose doubled between 2010 and 2012. The death toll also increased dramatically in 2014 when heroin mixed with fentanyl became more common. Fentanyl, when combined with heroin, is lethal. Users can die within seconds of ingestion.

Although the issue is multifaceted, drug makers and physicians play a key role in this epidemic. After all, if there were no pharmaceutical opioids, physicians wouldn’t be able to prescribe them. That is not to say that they are responsible for another person’s substance use disorder, but the snowballing effect of prescription drug use and not being able to gain access to them has led many Americans to heroin.

Veterans and Heroin Use

Veterans have also been affected by America’s opioid epidemic. Untreated chronic pain has led many veterans to seek out pain relief on the street. After being discharged from their service, some veterans find themselves unemployed and homeless. Depression and the need to escape create the perfect backdrop for substance use disorders. According to the VA, it is estimated that 68,000 veterans are currently struggling with opioid use disorders, and when they can no longer gain access to prescription pain medication legally, they may turn to heroin.

Heroin can be snorted, injected or swallowed. The speed at which heroin reaches the brain depends on the method taken. Users who inject heroin can feel its high within seven to eight seconds. Astonishingly, not all first-time users experience the feeling of euphoria we hear about. Since heroin slows down the digestive tract, some users may become nauseated and vomit.

Many users report that the high they experience is similar to the feeling after a satisfying sexual encounter, only much more intense. It is this sensation that drives users back to the drug. The brain cells that are affected by heroin eventually become damaged, causing the inability to feel pleasure without heroin. In turn, these cells create the intense craving heroin users have. Unfortunately, the more that individuals take the drug, the larger amounts they need to achieve a high. Often, users become convinced that they can’t function normally without the drug.

It is not surprising that an estimated 23 percent of all people who try heroin will become dependent. The brain’s receptors change almost immediately upon use, leading to an inexplicable high within minutes. Since heroin produces a downer effect, using it produces an almost instantaneous feeling of relaxation and euphoria. Similar to other kinds of opiates, heroin prohibits the brain’s ability to feel pain.

Initially, heroin users can hide the signs of their habit. Over time, family members and co-workers may start to notice the signs of drug use, which include cycles of alertness followed by falling asleep, constricted pupils, rapid behavioral changes and shortness of breath.

The above red flags are not unique to heroin. There are more definitive signs that a heroin user exhibits and these typically include possession of paraphernalia used to prepare the drug. In addition, behavioral changes become more evident as drug users sink further into the substance abuse cycle. Individuals may lie to cover up their addiction and avoid making eye contact. Speech may be incoherent. Performance at work and school may decline, resulting in unemployment or expulsion.

Long-Term Effects of Heroin Use

When someone continues to use heroin despite the deadly consequences, they can develop all kinds of health issues as follows:

Heroin’s impact on a user’s brain is profound. The receptors that produce chemical signals for happiness and pleasure shrink. People who use heroin for long periods of time also show deterioration of white matter on CT scans of the brain. As such, their ability to make sound decisions and regulate their behavior is altered.

Like other opiates, heroin slows respiratory function. People who use heroin may breathe much slower and shallower when they are high. If someone uses too much, they may stop breathing. The risk of cardiac arrest is one of the major health risks of heroin. Although it can occur the first time someone uses heroin, chronic users usually need to take higher doses to feel the same effect, which increases the risk of respiratory failure.

Large doses of heroin can cause sudden death. Long-term heroin users also face a slew of other cardiovascular issues including vein damage. With each injection, the damage is done to the veins and arteries that lead to the heart. In turn, infection and abscesses can occur. According to the CDC, approximately 32 percent of heroin users in New York City suffer from a drug-induced abscess.

Heroin can also negatively impact the user’s digestive tract. Its sedative properties slow the movement of food and water, causing constipation and bloating. Users may not disclose these symptoms nor seek treatment, putting them at greater risk for developing intestinal blockages.

The FDA believes a multidisciplinary approach to treatment would help bridge the gap between substance use disorders and treatment. Stricter limitation of the frequency and the number of opioid prescriptions would force people to look for alternative ways of pain management, including cognitive therapy, occupational therapy, and physical therapy.

The CDC has also partnered with many states to combat both opioid addiction and heroin use. By educating the public and setting up safe zones for those who are suffering from addiction, the hope is that users will go to those safe zones to inject or use as opposed to getting high on the street.

The Opioid Crisis Response Act of 2018 marks a breakthrough in the fight against the heroin epidemic in the U.S. Federal action is intended to make people more aware of the crisis and provide resources for those who want to get clean. However, one the largest hindrances to this bill being passed are funding. If the legislation is successful, some pharmaceutical companies could be bankrupt, thus making treatment of other chronic medical conditions more difficult.

Behavioral and pharmacological treatment can be effective for heroin users. Comprehensive treatment allows users to remain abstinent and restore a level of normalcy into their lives.

Heroin users must complete a detoxification program prior to entering a long-term treatment program. During detoxification, patients may be given medications to reduce the intensity of withdrawal symptoms, which can include pain, diarrhea, nausea, and vomiting. Even though the detoxification period is not a treatment for the addiction itself, it is an effective first step.

After detox, many users manage their cravings with medication. Several medications have been approved for the treatment of heroin addiction. Since they work on the same receptors as heroin in the brain, they are considered safe and effective. They satisfy cravings while blocking opioid receptors in the brain; even if a user relapses and takes heroin, they would not experience a high, which can help them on their road to recovery.

The most common medication used for recovery is methadone. Taken orally, it is slow-acting and prevents withdrawal symptoms. If the user is not at an inpatient facility, the medication is usually dispensed through an approved outpatient treatment center on a daily basis.

Buprenorphine has also been approved for the treatment of heroin addiction. This medication is only available through certified physicians. However, it also eliminates the need for daily trips to a methadone clinic. Generic options are available, making it a more affordable treatment option.

Getting treatment for any substance use disorder may be frightening and, for some, embarrassing. People with long-standing emotional problems or chronic pain are usually at a higher risk of developing substance use disorders. However, that should never dissuade anyone from asking for help. The good news is that heroin addiction is treatable. The first step is asking for help and admitting that there is a problem. Both inpatient and intensive outpatient treatments are available for those in need.

Previous:
How Long Does Heroin Stay In Your System?
Next:
Medications to Reverse Heroin Overdose