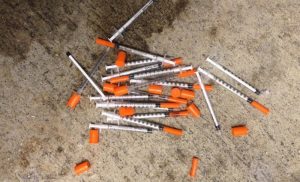 Abuse of heroin is a real and pressing problem in the United States. According to the National Institute on Drug Abuse, the number of people reported to abuse heroin has been on the rise since 2007. It’s reached 948,000 Americans in 2016, and the heroin abuse epidemic shows no signs of slowing down.

It’s what can be expected, considering that the opioid abuse crisis in the U.S. is also in full swing. However, that doesn’t mean that nothing can be done. To be able to recognize the signs and symptoms of heroin abuse and help people around you, you should know what heroin withdrawal looks like and how it manifests. Here’s everything you need to know about heroin withdrawal and abuse:

Why People Turn to Heroin

Heroin is classified as a Schedule I drug which has no medical purpose or application, but is highly addictive and has a lot of potential for abuse. Similarly to prescription opioids, heroin suppresses some central nervous system functions like heart rate, respiration, temperature regulation, and blood pressure. Acting on opioid receptors in our brain; the heroin also causes a rush of pleasure much like when prescription opioids are abused.

When it comes to acute heroin withdrawal symptoms, they can be very severe, depending on the amount of drug that’s been taken and how often. Some of the symptoms include:

Once withdrawal occurs, heroin addicts may use medical detox to soothe them, which is medication and therapy that helps alleviate the severity of the withdrawal symptoms. However, more often than not the solution for withdrawal is to wait until the symptoms abate.

The Range of Heroin Withdrawal Symptoms

Not everyone experiences the same withdrawal symptoms — there is a range of them based on how dependent the brain is to heroin. It means that the length of the abuse of heroin, the way in which it was abused, the doses that were taken, and the frequency in which they were taken, all affect the severity of withdrawal. As the abuse of heroin causes intoxicating effects like euphoria, the withdrawal symptoms will often cause the user to experience the opposite. Slowed heart rate will become rapid during withdrawal, and elation and sedation will turn into anxiety and a lower mood in most cases.

Mild withdrawal symptoms generally happen to those people who haven’t spent the past few months or years abusing heroin frequently and in massive doses. They include:

Any of the milder symptoms above may coincide with moderate withdrawal symptoms depending on how much and how often heroin was abused. These include:

Owing to some complications that these symptoms can cause and how dangerous it is to quit heroin outright, it’s usually advised to go through medical detox where the user has proper support of both medical and mental health experts who can keep the users safe through the process of quitting heroin.

How Does Medical Detox Work?

Detox can help manage the withdrawal symptoms by incorporating medications and therapy to help lessen the brain’s immediate dependence on heroin. Since it is a short-acting drug that starts affecting the user fast but also leaves the bloodstream quickly, it’s crucial to start detox before heroin exits the user’s system completely. Withdrawal can begin as soon as 6-12 hours since the last dose, but it usually takes heroin anywhere between 5-10 days to entirely leave the system, depending on how addicted the user is.

As part of medical detox, it’s also essential to monitor the user’s vital signs that might be affected by heroin withdrawal. These are primarily heart rate and breathing, but also temperature levels and blood pressure. During withdrawal and detox, it’s imperative to keep those who are going through it safe from withdrawal-related harm.

Some of the medications used during detox may include symptom-specific remedies to battle nausea, depression, and convulsions. In some cases, heroin can be replaced with a longer-acting opioid such as buprenorphine, naltrexone or methadone. Buprenorphine is the one used most often, as it has the lowest abuse potential and it can help suppress drug craving symptoms which helps those going through post-acute withdrawal syndrome to stay clean.

Even though heroin withdrawal is usually not life-threatening, it’s still extremely uncomfortable and dangerous to go through. Abruptly quitting heroin is not advisable, and those who want to stop and stay off the drugs should seek professional medical help. A detox is a viable option, and buprenorphine therapy can be very beneficial if administered correctly. Those addicted to heroin don’t have to walk the road to recovery alone.